Welcome to the fifth part of the six-part Introduction to Node.js tutorial series. By the end of this tutorial, you will be able to:

"Passport is authentication middleware for Node. It is designed to serve a singular purpose: authenticate requests. When writing modules, encapsulation is a virtue, so Passport delegates all other functionality to the application. This separation of concerns keeps code clean and maintainable, and makes Passport extremely easy to integrate into an application.

In modern web applications, authentication can take a variety of forms. Traditionally, users log in by providing a username and password. With the rise of social networking, single sign-on using an OAuth provider such as Facebook or Twitter has become a popular authentication method. Services that expose an API often require token-based credentials to protect access."

You can work off of the repo that you used in the previous tutorial. Or you can fork and clone this repo.

A Git branch with the complete code for this tutorial is available here.

In REST architectures, client-server interactions are typically stateless. A stateless server does not store any history or state about the client session. After all, server-based sessions are often costly to implement and don't scale well.

Instead, session state is often stored on the client (e.g., in a browser's cookie), so the client is responsible for transferring all the information needed to execute a request to the server.

JWT (JSON Web Tokens) is a lightweight and secure approach to transfer state from the client to the server in a REST framework. JWT (pronounced "JOT") is an open-standard authentication strategy that relies on the exchange of encoded and crytopgraphically signed JSON strings between client and server. 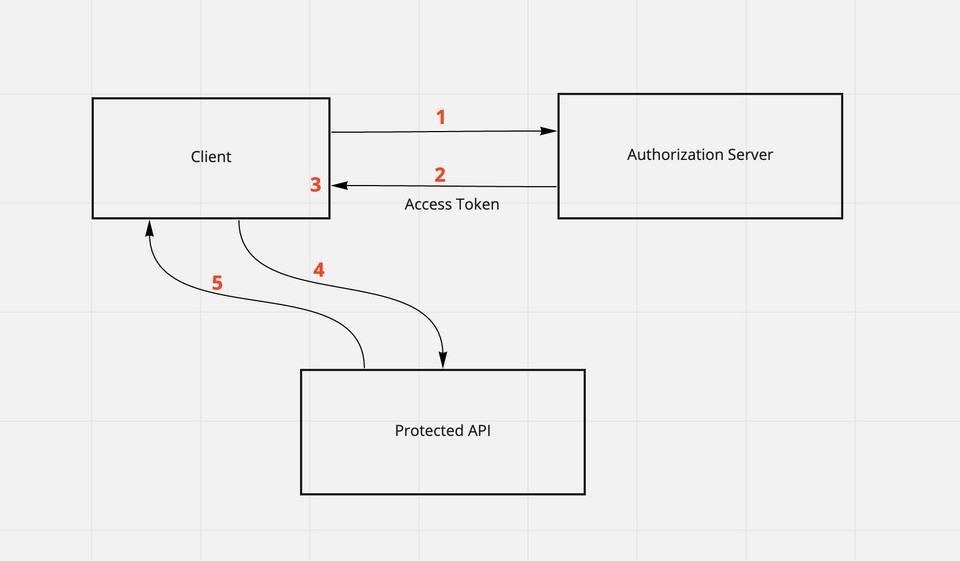 As you can see, the application server does not have to keep access tokens in-memory in between requests, so it can be stateless.

Later on in the tutorial, you'll take a look at what a JWT access token actually looks like.

Let's authenticate our users using JWT before allowing them access to privileged routes in the Express Recipes API! To support user authentication, you will need to implement routes to handle user signup and login.

As part of the signup process, the user will typically provide a password that the user can use to log into the application going forward. As a best practice, the user's password will need to be encrypted before it is stored in the database. You can use the bcrypt library to do that.

Then, during the login process, the server will need to validate the user's credentials and generate as well as validate JWTs accordingly. You can use the popular jsonwebtoken library to do that.

The passport and passport-jwt libraries will allow you to implement a Passport.js authentication strategy based on JSON Web Tokens.

For simplicity, you will implement the JWT authentication mechanism directly in the Express Recipes application server, rather than in a separate authorization server.

Inside src/services/users, create three functions: authenticate() and create(), which authenticate and create users with JWT authorization tokens respectively, and find() which retrieves a user by id or email:

Imagine if the user is required to provide their login credentials every time they want to access our coveted recipes. This would not be an ideal user experience. Instead, let's have the server issue a JWT to the client when a user signs up for the first time or logs in successfully.

After the user signs up initially or logs in successfully, the server returns a token to the client that the client can attach to any future requests that need to be authenticated, so there is no need for the user to provide their login credentials anymore until the token expires.

Test your API in Postman to ensure only authorized users can perform mutative database operations!

A detailed discussion of token invalidation is outside the scope of this course. Take a look at this article if you're interested in learning more!

Take a moment to reflect on what you’ve learned in this tutorial and answer the following questions:

In Part 6, you’ll learn how to build a live game using Express and Socket.io.

What did you like or didn't like about this post? Let me know what worked well and what can be improved. Your feedback is much appreciated!